Rate this item
(3 votes)
ISQ celebrate their tenth year with a powerful set.

Coming out of lockdown and celebrating their tenth anniversary, ISQ seem to be playing with renewed purpose and energy. The band’s new compositions embrace hints of electronica and R&B, without abandoning their jazz roots. The band’s newest member, Naadia Sheriff is bringing her own compositions to the table, and in a live setting, seems to have forged a close relationship with singer and bandleader Irene Serra. And Irene herself sings and performs with increasing confidence, blossoming in front of our eyes.

Playing at Pizza Express in Soho last week, the band’s new set saw them play songs from all three studio albums and their remix album, Requiem for the Faithful 2.0: The Remixes. The setlist dropped some previous favourites, such as Falling Stars (from Too) and Paper Doll (from Requiem) in favour of some of their newer compositions, which are likely to appear on a new studio album in 2023. 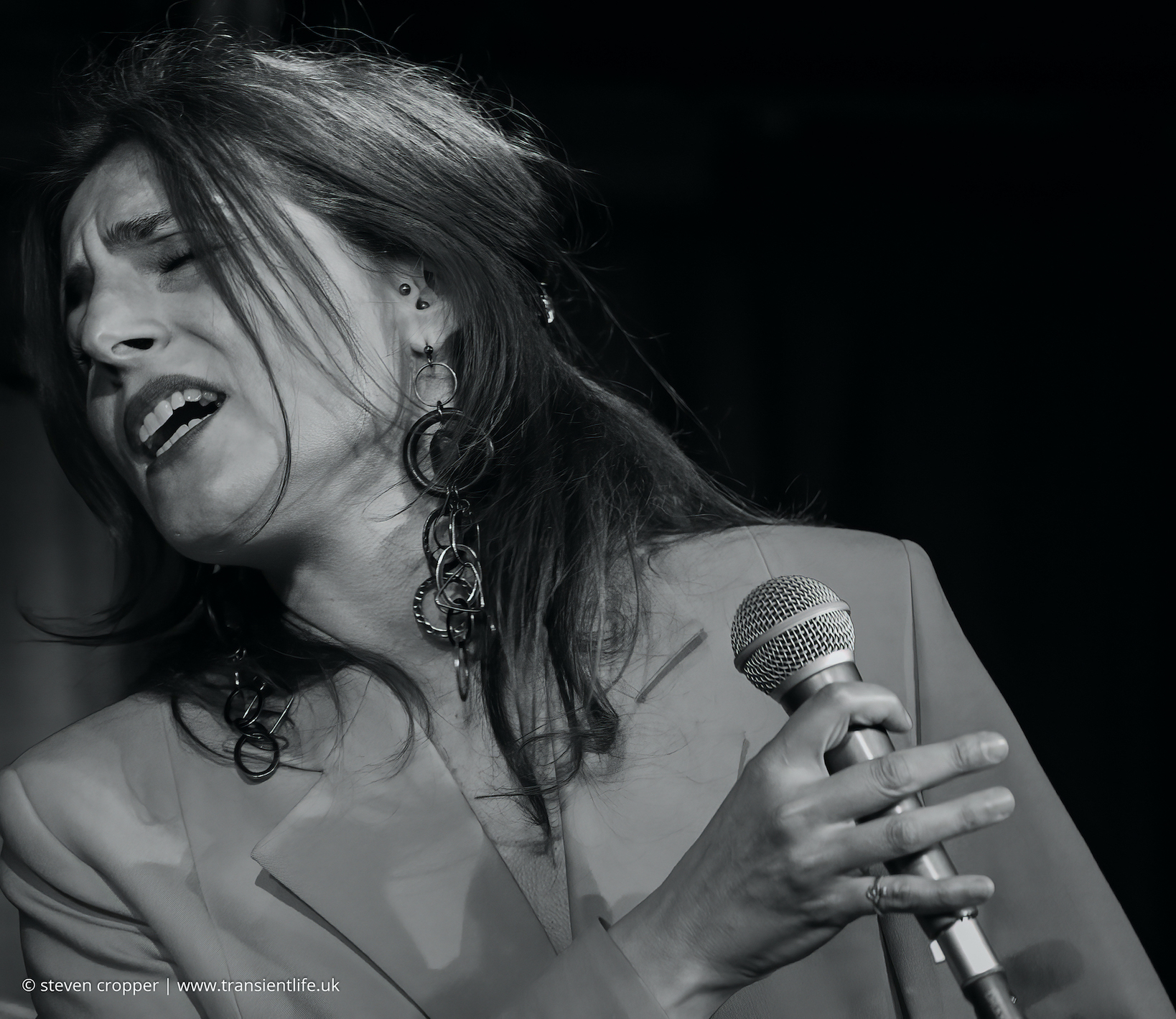 The evening opened with Pictures On My Mind from the band’s debut album, which featured a lovely intro by Naadia. Irene was struggling with a cold, but it was hard to tell. Her voice is like floating along a lazy river in the evening, noted my friend, who was feeling poetic after a couple of glasses of Primitivo. Faded was one of the new tunes, and saw Richard Sadler switch to electric bass. The strong created a strong impression, as did A Life Unknown, a tune written by Naadia, with lyrics and scat courtesy of Irene. The latter featured a lovely solo by the pianist, who is increasingly making her presence felt in the band.

The highlights of the first set were a beguiling Joga, written by Bjork, which has become a regular fixture in the setlist, and Stone, from Requiem for the Faithful, which was written about a failed relationship. The way in which Joga built to a crescendo, dominated by piano and drums, was particularly powerful.

After a short break, the band returned with Where Beauty Lives/Etude, combining two of their songs to great effect. The former had been re-arranged by Naadia, and the rolling piano line worked well. But it was the ending of Etude that brought the house down, with Irene’s extraordinary vocal performance bringing shouts of appreciation from the audience. 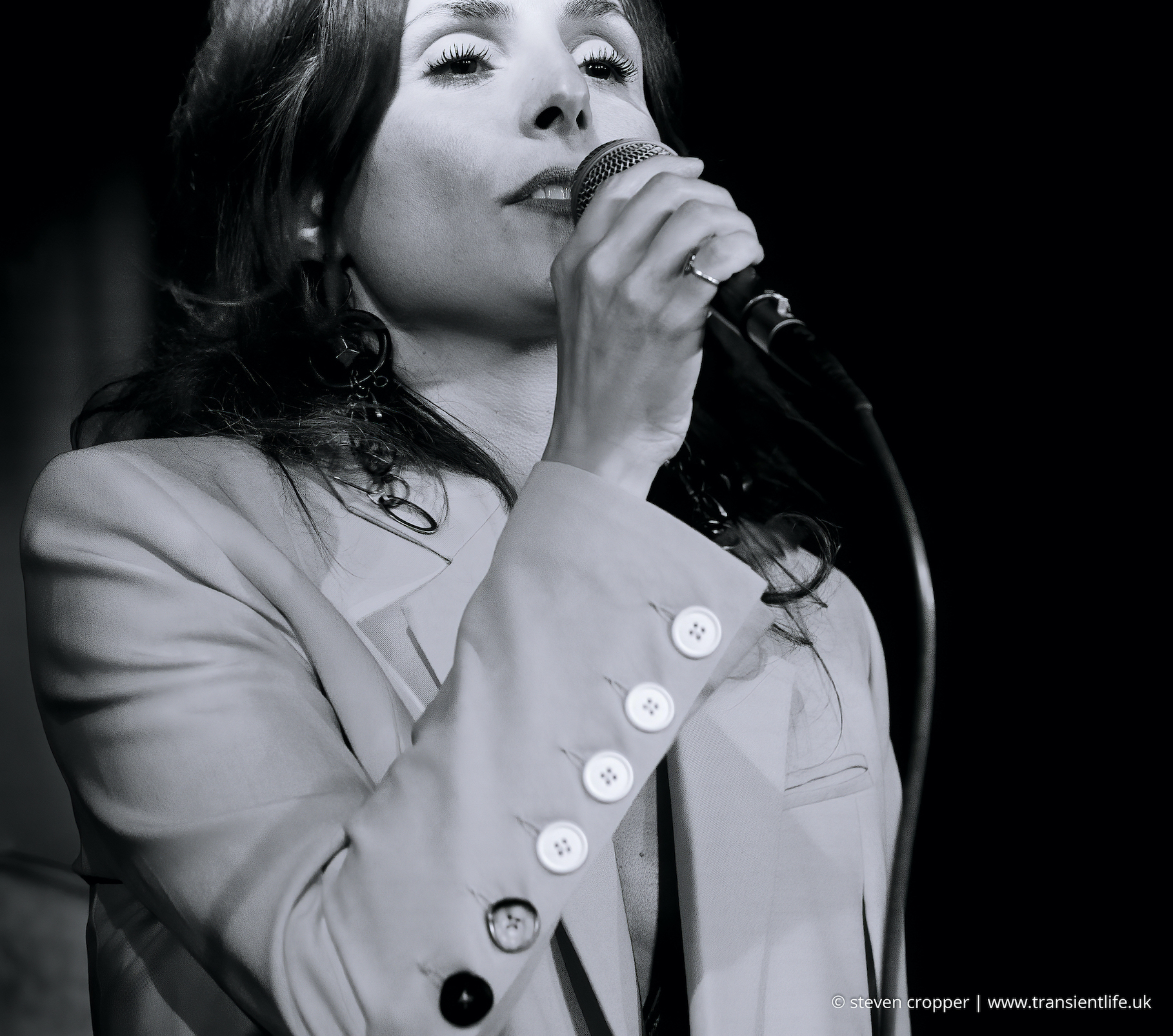 A Richard Sadler remix of Orbit was up next, which featured a funky drummer intro from Chris Nickolls, before a beautiful new song, Beloved, inspired by the powerful Toni Morrison novel of the same name. Another new song, Another Year, was quietly soulful, but slowed the pace somewhat and didn’t seem to fit the vibe of the other songs played that evening. But Zion, the band’s encore, soon brought things back, a powerful anthem that again demonstrated Irene’s increasing prowess as a performer, not just a singer.

Photographs: Special thanks to Steven Cropper, www.transientlife.uk, for allowing KoJ to use his images for this review.

Fiona is the founder of the award winning organisation Women in Jazz Media. She was the guest editor in chief for the 2020 edition of Jazz Quarterly and writes for many publications across the globe.