Rate this item
(3 votes)
At a time when the world seems increasingly difficult to understand, and politicians seem more determined than ever to divide and rule, musicians who can unite in creativity are a lesson to us all. Madeleine Peyroux’s new album is being hailed as a protest album, and yet it is so much more than that – it’s a beautiful collection of songs created by Peyroux herself in collaboration with an extraordinary group of people. The playing, writing, arranging and production is slick and simply a delight. So we asked the singer about Anthem:

1. When this album first came into being, was it always intended to revolve the songs around Cohen’s Anthem?

I didn’t hear the Cohen track until we had written nearly half of the tunes. It was halfway through 2016 and the US Presidential election was in progress. Producer Larry Klein played Anthem to us and, of course, Cohen died at the same time as the new President was being elected. Everything came together and I became a little obsessed with the tune. We wrote more songs through 2017 and suddenly Ánthem became the obvious choice for the title track of the album as it seemed to tie everything together. Each individual tune looks at the different characters within America today, and they question the issues we’re all concerned with.

2. You have said of the album that you delighted in “hearing a song come to life in the way a rhythm section would bring it to life”. How did the collaboration work, given that it’s got your name on it and the words are sung by you?

From the very beginning of the process, our intention was to write great songs. Having artists of such a great calibre – with Patrick Warren, Brian MacLeod and David Baerwald as the core rhythm section – was a real pleasure. The playing was incredibly intuitive and we honed and refined the songs together. Everyone made their own unique contribution, like Larry Klein bringing in the chord changes or bass line for Lullaby.

3. How did you choose the subject matter of the songs on Anthem?

There were some clear themes that just struck us all as important as we were sitting together in the rehearsal space. For instance, Down on Me is about people who get caught in a cycle of poverty and just can’t pull themselves out of it. That’s happening to too many people today and the song is really a lament on that situation: “The more I run the more I end up where I start/Stuck in the same place, tearing myself apart.” Sometimes the idea came first and other times the music worked for a track before we worked on the lyrics.

4. What is the link between the book The Art of the Deal and your track Brand New Deal?

We were all aware of the book and we wanted to create a track about someone who sees the world through the eyes of money. We played around with the ideas a lot for months and the music was there before Dave Baerwald wrote the lyrics. It’s got some great lines in it about capitalism and how it’s changing our society: “It’s every man for himself so grab the wealth/Feel the poor under your heel/In the brand new deal”. The song is taking a wide angle look at the world through the eyes of an unpleasant character.

5. So the social context behind music is important to you?

I learned a lot about drama and acting from my father and it’s always good to imagine the back story to a character within a song – just as actors do on stage and screen. You can always discard that, but it’s useful to look at the social context behind every song to get to its heart. 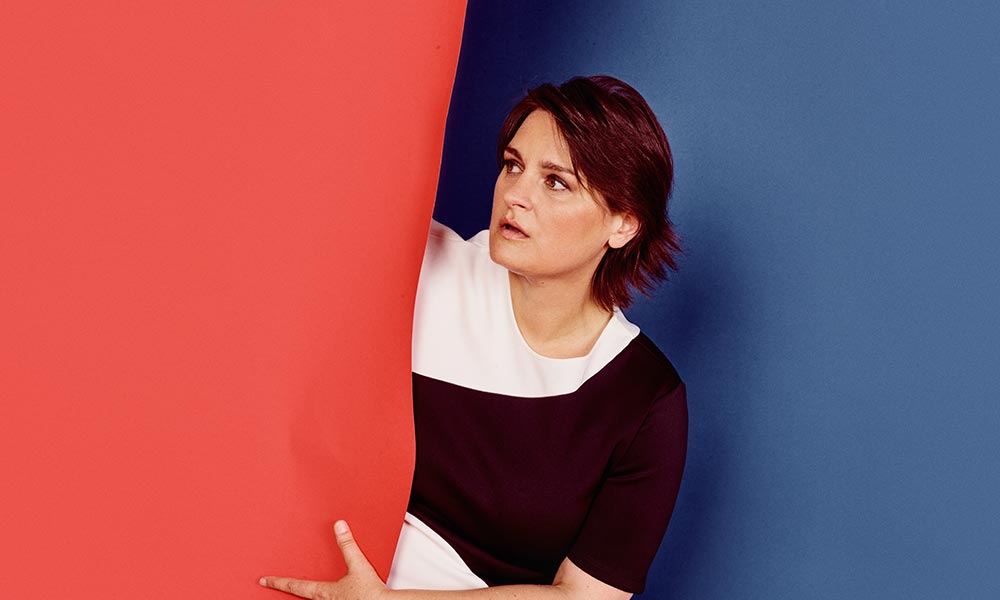 6. Do you read a lot to inform your view of the world?

I enjoy reading non fiction and exploring big picture ideas, economics and how the world works. It’s good to know more about the world we live in and the people around us.

7. You obviously have wide musical tastes, so who do you listen to?

8. Music seems to run through your soul and you play several instruments, but did you always want to sing?

From the very beginning. I learned songs from listening to other singers and working out what they did. I’ve always loved what Billie Holiday does with a song to make it her own. She turns the melody around so she’s telling the story almost as if she’s talking to you. She proved you don’t have to be an acrobatic singer and gave everyone the freedom to sing in their own style.

9. Did you enjoy mixing musical styles on Anthem?

I just wanted to create some great songs with some inspirational musicians without worrying about a specific musical style. If you are loyal to yourself, there should always be a thread running through your music.

10. Can you tell us one thing about you our readers might not know?